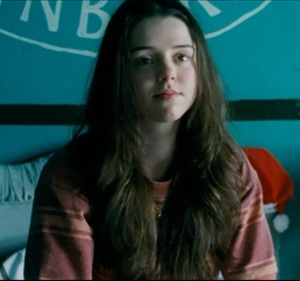 Bobby Rainsbury is another of the more recent graduates from Glasgow’s Royal Scottish Academy of Music and Drama (now the Royal Conservatoire of Scotland) to have quickly secured roles in significant onscreen productions.

Born in Glasgow and in her early 20s, Rainsbury attended the institution from 2009 until 2012 and it was during the latter year that she accepted a part in the movie Filth, acting opposite James McAvoy as an underage girl – Stephanie –  who has been sleeping with Iain De Caestecker’s criminal Ocky.

More recently she has been appearing as a regular character – schoolgirl Kirsty Lindsay – in the BBC soap River City, with actor Stephen McCole as her onscreen father. In 2012 she also had a part in one-off television crime drama Doors Open, which featured Stephen Fry and Douglas Henshall,

Solid performances in her handful of onscreen roles to date suggest that this is another RSAMD graduate with a busy and successful acting career ahead.